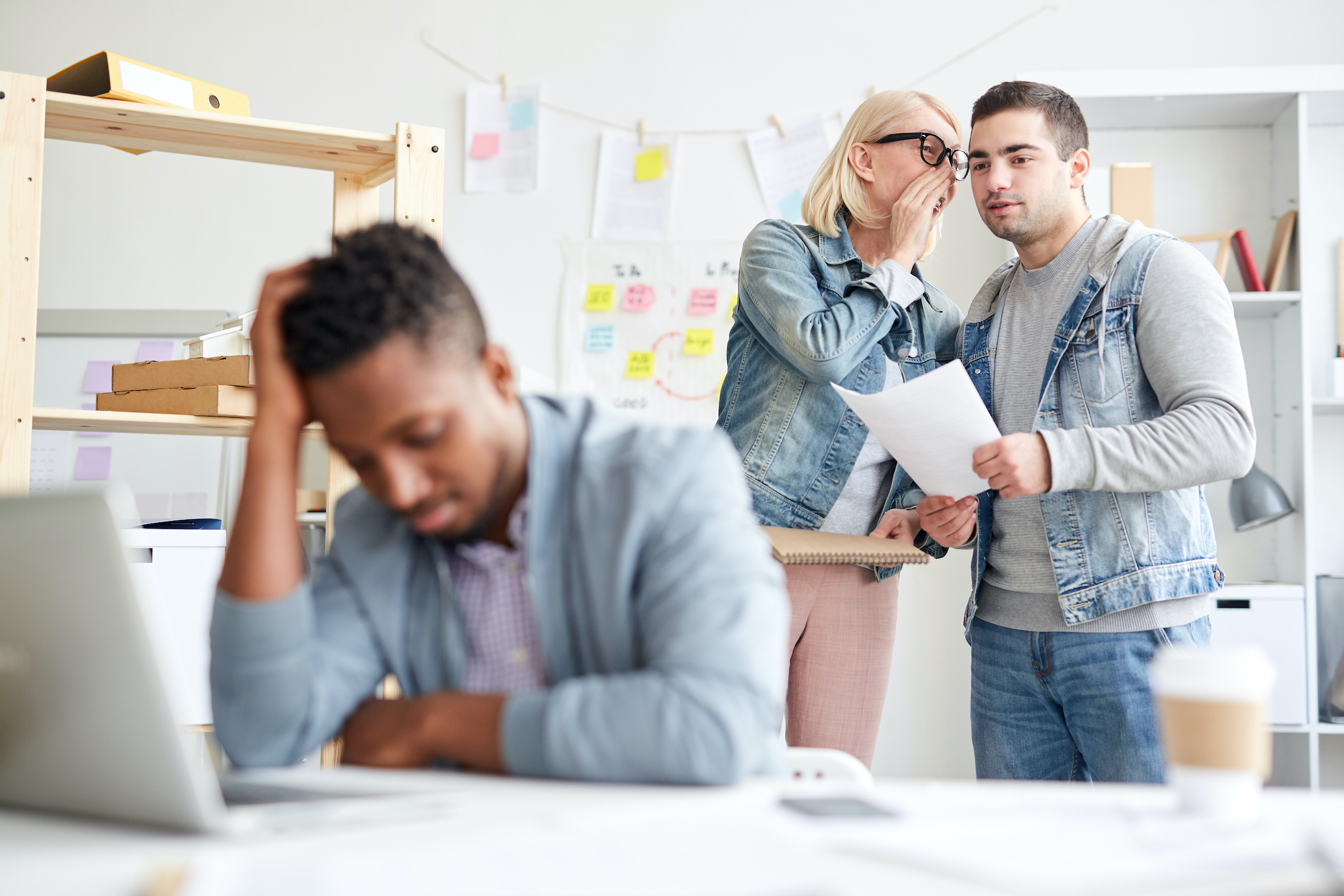 Any organization, has a legal duty to provide a safe working environment and that includes an environment free from bullying and harassment.  If they fail to prevent or manage these behaviours, then a claim may be made for legal redress.  It is clear that employees who suffer from bullying or harassment in the workplace now have a number of potential legal remedies at their disposal and that employers are increasingly likely to be found liable following such claims.  It is worth bearing in mind that seeking legal remedy can be a protracted, costly and painful process, and it is not designed to address the underlying issues. Working to develop a culture that makes it less likely that bullying will take place, and acting swiftly to nip it in the bud if it does, will help to reduce the need for legal action.

Grievance procedures can cost organizations £1000 for each three stages involved (preparation, meeting and adjudication) and employment tribunals will cost in excess of £10,000 per stage.   It is true to say however, that most legal cases do not receive publicity as they are settled out of court.  Even then the costs are considerable in terms of time, money, stress and damage to staff morale.

However, when they do reach court, the costs can be astronomical and the results not always satisfactory:

To seek legal redress you have to identify the areas of law that closely resemble your situation and base your case on them.  There are five main legal areas to explore:

Although it may not be in evidence, employers do have a duty of care under the 1974 Health & Safety at Work Act to ensure both the physical and psychological wellbeing of their employees; this includes an environment free from bullying and harassment.  This Act defines personal injury as ‘any disease or impairment of a person’s physical or mental health in the workplace.  E.g. unreasonable deadlines, pressure and demands are unlikely to be considered safe; thus, where risks to health, such as stress and stress-related illness occur, an employer could be in breach of this Act.

Employers owe their employees a general duty of care to provide a safe place and system of work.   This duty arises from the existence of an implied term in every employee’s contract of employment and as a result of the common duty of care under the law.   The common law imposes upon employers a duty of care in the tort of negligence for the health and safety of its employees.  This means they have a duty of care to provide a safe system of work and competent employees with whom to work.  In consequence both harassment and bullying could be viewed as a potential workplace hazard.

Employers can also be liable for the actions of their employees against each other.  The Andre Adams Trust stated in 2000 that:

“where authorised behaviour (such as giving instructions and orders to subordinates), was done in an unauthorised way (for example, in a demeaning, humiliating or insulting or oppressive manner) the employer may well be held liable.”

What this suggests is that employers may not be able to avoid liability on the grounds that they delegated their duty to someone else.  Consequently if the employer knew, or should reasonably have known of the stress of bullying, this would constitute an unsafe practice and would be open to liability.

The Human Rights Act 1998, Section 62, states that it is unlawful for any person to be sexually harassed, either through a request for some sort of sexual activity with an implied or overt threat of detrimental treatment, or promise of preferential treatment; or through sexual behaviour that is unwelcome or offensive to the recipient, and is either repeated or so significant that the person experiences some form of detriment in their employment.

Section 63 says that it is also unlawful for anyone to use any behaviour that expresses hostility against, or brings into contempt or ridicules someone on the basis of their race, colour, national or ethnic origins, in such a way that is offensive to the person, and is either repeated or so significant that it has a detrimental effect on their employment.

Section 66 states that it is unlawful to victimise a person for making a complaint of discrimination under this Act, or for making a disclosure under the Protected Disclosures Act 2000.

The following could be seen as a breach of the European Convention of Human Rights:

Most workplace grievances will be dealt with at Employment tribunals, a much cheaper route than going through the courts.  It is also more informal and therefore less intimidating, but it is still advisable to seek professional help with presenting your case.  It is imperative under employment law that the correct procedures are followed.  You must in the first instance make any claim to an Employment Tribunal within 12 weeks of leaving your employment, from the time of the offence or the unsatisfactory completion of internal disciplinary procedures.  The court will not extend this period except in the most exceptional of circumstances.

A study by Manchester School of Management in 1998 found that of 165 tribunal decisions, in every case where the employer had no formal procedures, the employer lost.

This is one of the nearest areas of law to which bullying can be allied.  If the conduct of the employer was such that they left you no option other than to leave for the sake of your health and well-being, then this is the law to which you can turn.  In order to claim constructive dismissal you must first have resigned your position, which you must have held continuously for more than one year.

If you are in the process of being unfairly dismissed, and especially if your employer is not following the correct disciplinary procedures for dismissal, you may be able to apply for a High Court injunction to prevent the Dismissal.  Constructive or unfair dismissal itself constitutes a breach of the implied term of mutual trust and confidence in your written contract of employment.  The contract is valid only while both parties behave in a ‘trustworthy manner’: this is the ‘implied term’.  Bullying is in a breach of this implied term of mutual trust and confidence.

The Act describes all forms of harassment as particularly degrading and unacceptable form of treatment which it must be taken to have been the intention to restrain.  This Act makes it unlawful to discriminate against any person, either directly or indirectly in the area of employment on the grounds of sex or marital status, age, disability, race, gender, religious or other beliefs and sexual orientation.  This means it is unlawful to discriminate on the basis of:

This Act is primarily designed to address the issue of stalking.  However it affects other types of harassment, including that of the workplace.  Two criminal offences are recognised: the offence of harassment and the offence of putting people in fear of violence.

Section 7 of the Act provides that:

The offence of putting people in fear of violence is provided for in Section 4(1) and (2) as follows:

A person whose course of conduct causes another to fear, on at least two occasions, that
violence will be used against him is guilty of an offence if he knows or ought to know that
his course of conduct will cause the other so to fear on each of those occasions.

Both criminal and civil provisions are now in force covering harassment and stalking.  This Act may be of use if the bully regularly harasses you or members of your family.  It is becoming more and more unacceptable for a boss to phone you regularly at home, either to consult you on business matters (especially if they berate you) or while you are on sick leave or annual leave, and especially if the calls are at unsocial hours.  The DTI recommends using the Protection from Harassment Act against bullies in the workplace.  Under this Act, it is your perception of the harassment rather than the perpetrator’s alleged intent which is significant.  This is a first in UK Law.  This Act carries with it a penalty of imprisonment for up to six months and or a fine for up to £5000 and can impose a ‘restraining order’ to protect the victim or any other person mentioned in the order from further harassment.

Section 1 provides for the offence of sending letters etc (including texts and emails), with intent to cause distress or anxiety.  It refers to communications that convey grossly offensive or indecent messages, threats or information that is false and known by the sender to be such.  Any person knowing or who should know that they will or are likely to cause offence is guilty of an offence under this Act.

Harassing and Abusive phone calls constitute bullying behaviour and can be dealt with under The Prevention of Harassment Act 1977 or section 43 of The Telecommunications Act 1984, under which they may constitute a criminal offence.

This Act created a new criminal offence of intentional harassment, which could potentially be used in cases of harassment or bullying.  A person is guilty of an offence if, with intent to cause a person harassment, alarm or distress, he/she

Seward (1998) notes that the definition requires proof that the perpetrator ‘intended’ to cause harassment.  He further points out that as a result of this legislation employers need to be clear in both their policy documents and when giving training in the field of harassment and bullying awareness that employees found guilty of harassment of their colleagues may face serious criminal sanctions.  The police have the power to immediately arrest people on reasonable suspicion of an offence and this can carry a penalty of imprisonment for up to six months and / or a fine of up to £5000.

This law is designed to protect workers from blowing the whistle on malpractice(s).  Any employee who makes a disclosure for personal gain would not be protected.  Compensation for unfair dismissal for whistle blowers will not be subject to a monetary limit.

How to Manage Bullying & Harassment At Work 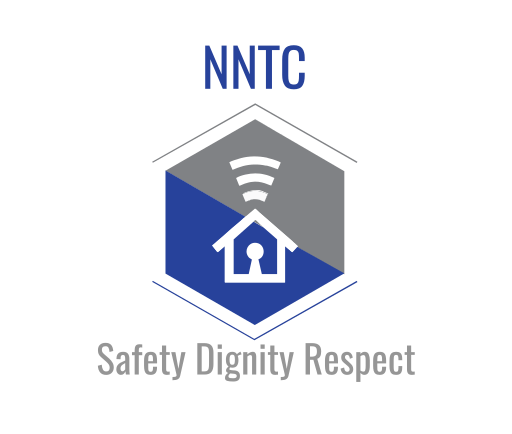